NAMRIA conducted its year-end assembly at the NAMRIA grounds on 18 December 2015. Father Lauro Ramos officiated the celebration of the Holy Mass that started the event entitled Paskong Pambata Pa More sa Tamang Panahon. After this, the NAMRIA dance troupe presented their winning performance in the DENR Dance Contest. 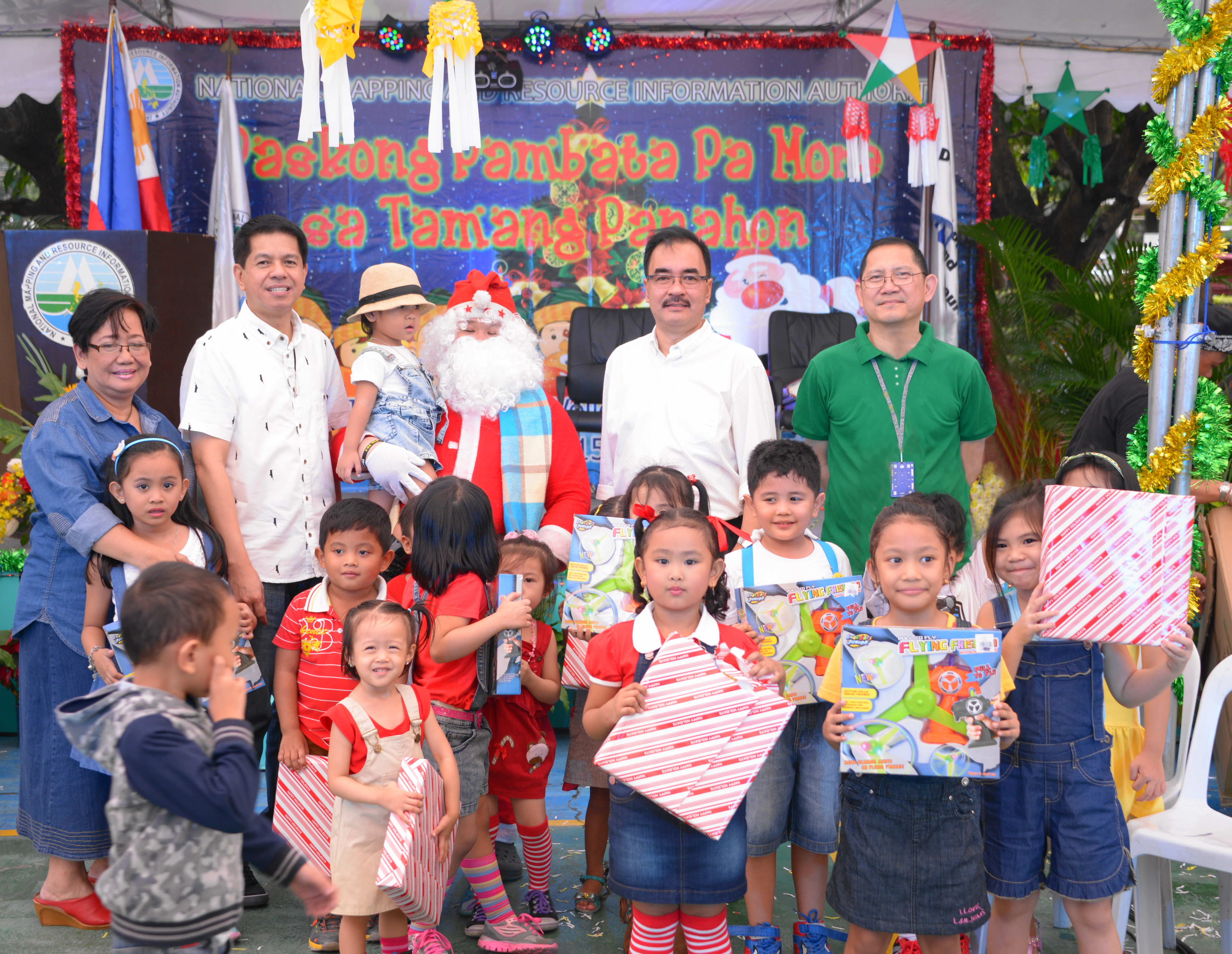 In his inspirational message, Administrator Peter N. Tiangco thanked and commended NAMRIA officials and employees for their contributions to the agency. He highlighted the major accomplishments that NAMRIA garnered in 2015 and noted that the agency is finally getting “the recognition that it deserves.” He acknowledged that other agencies were able complete their outputs with the help of NAMRIA. Finally, he encouraged everyone to continue to work hard, to look into the future with a positive outlook, and to have a mindset that is pure and simple.
Also conducted during the assembly was the turnover ceremony for the NAMRIA Quality Management and Operations Manual (NQMOM). Deputy Administrator Jose C. Cabanayan Jr., representing NQMOM consultant Mr. Josue C. Claur, along with Ms. Lorelei E. Peralta presented to the Administrator the Version 1.0 of the NQMOM.
The Administrator and his deputies also conducted gift giving for the kids of the NAMRIA Day Care, following their performance of their Christmas dance number. The Children’s Joy Foundation Choir and Handog ng Pagmamahal Association Rondalla also performed. Both are community-based, nonstock, nonprofit organizations. There were also the interbranch dance competition, the Kalyeserye Look-alike Contest, and the raffle conducted by the Organization of NAMRIA Employees (ONE).
Ms. Julienne V. Puquiz and Mr. John Michael B. Hita won the Alden-Yaya Dub Look-alike Contest; Mr. Yugene E. Britos, Mr. Melvin Refugia, and Mr. Jerwin Galiza, all OJT Trainees from GISMB, won the Lola Nidora, Tidora, and Tinidora Look-alike Contest. The GISMB dance group won in the interbranch dance competition. 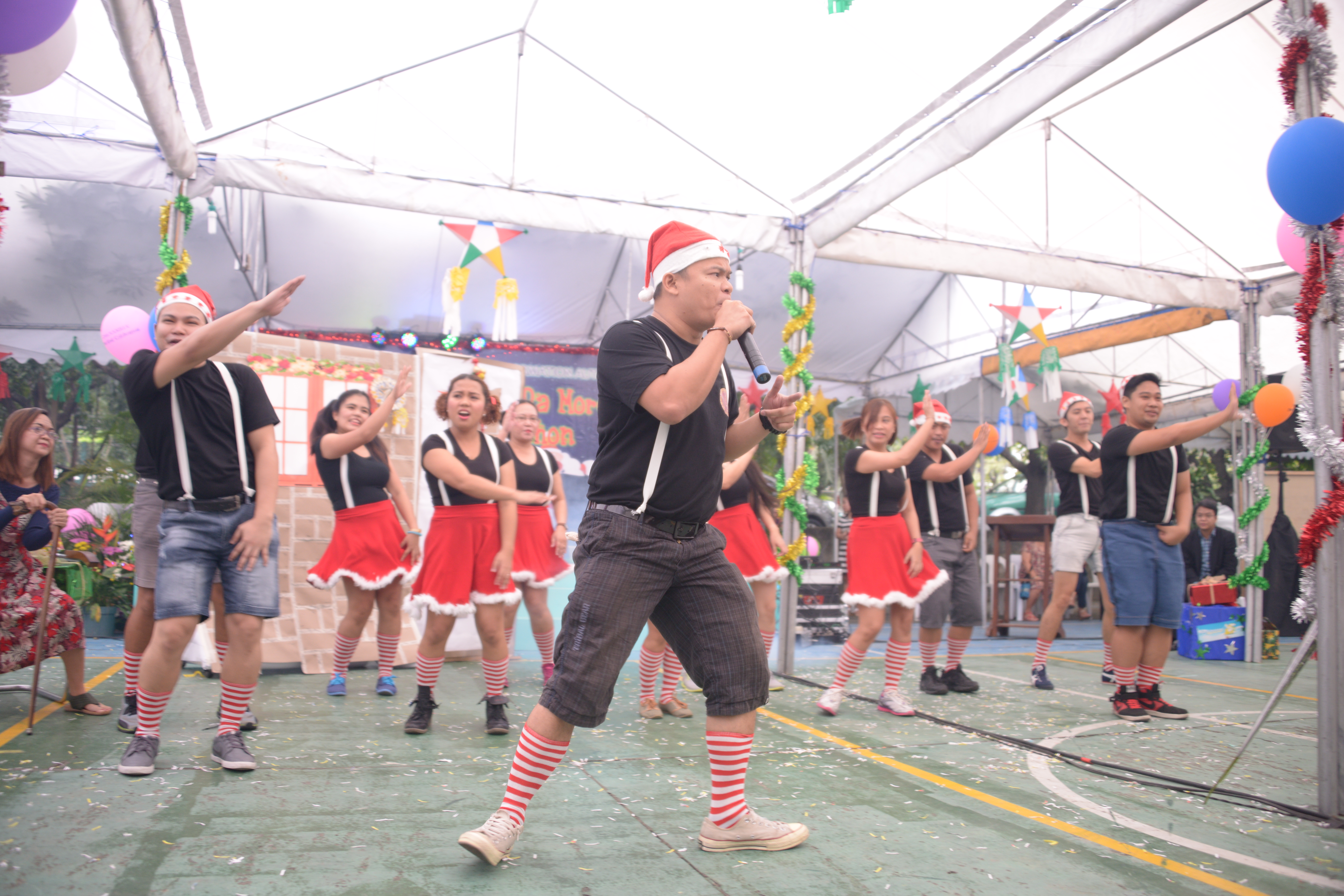 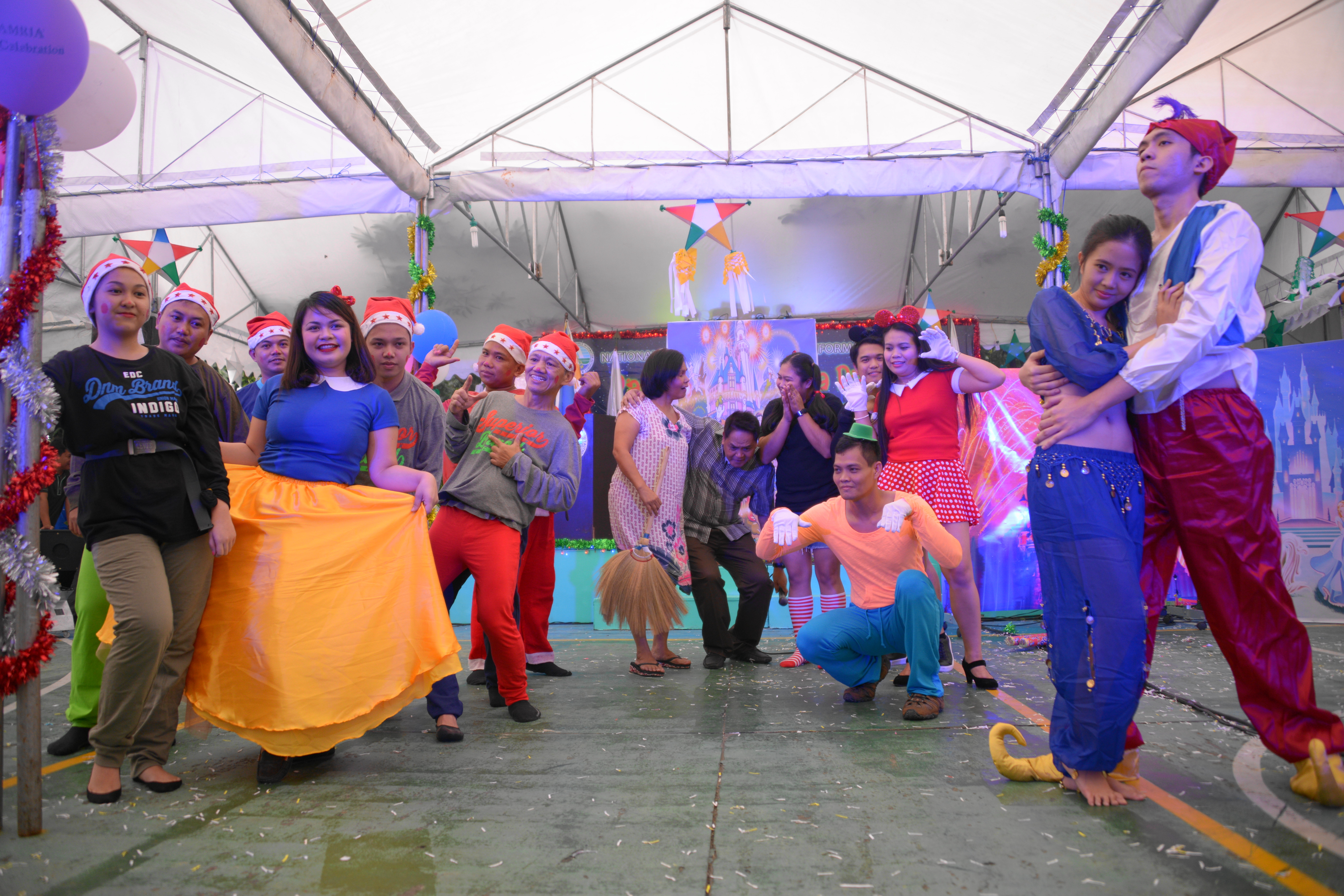 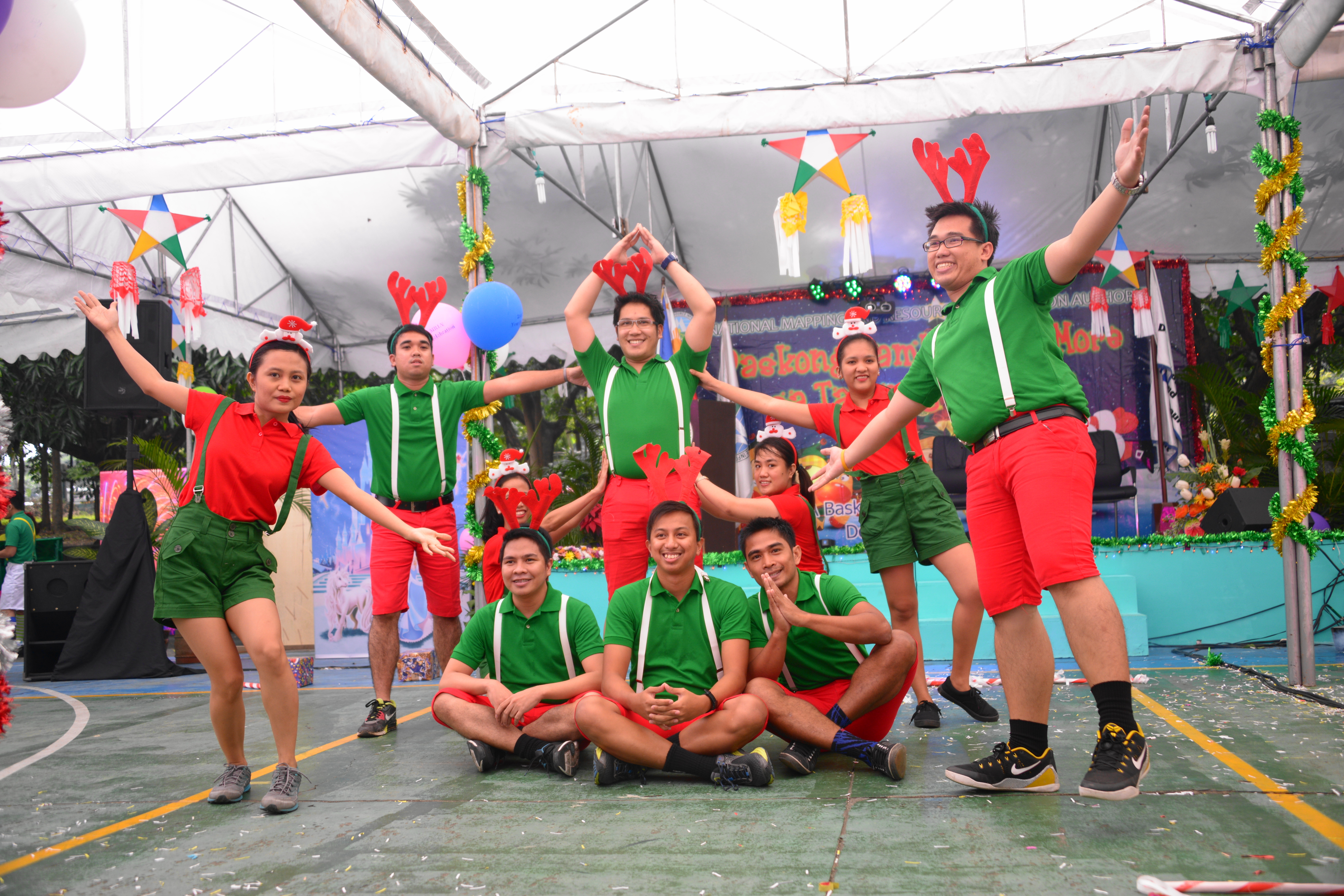 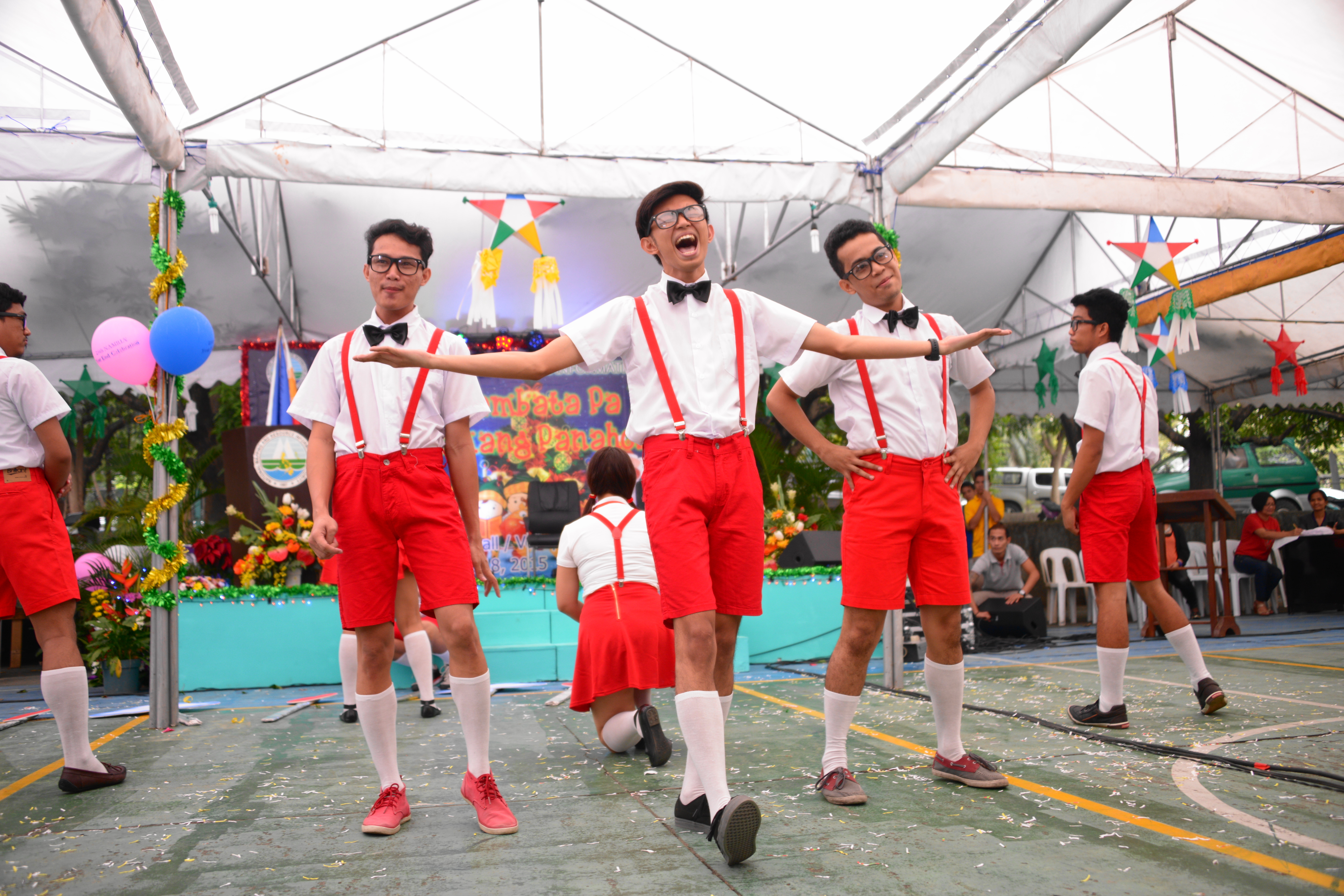 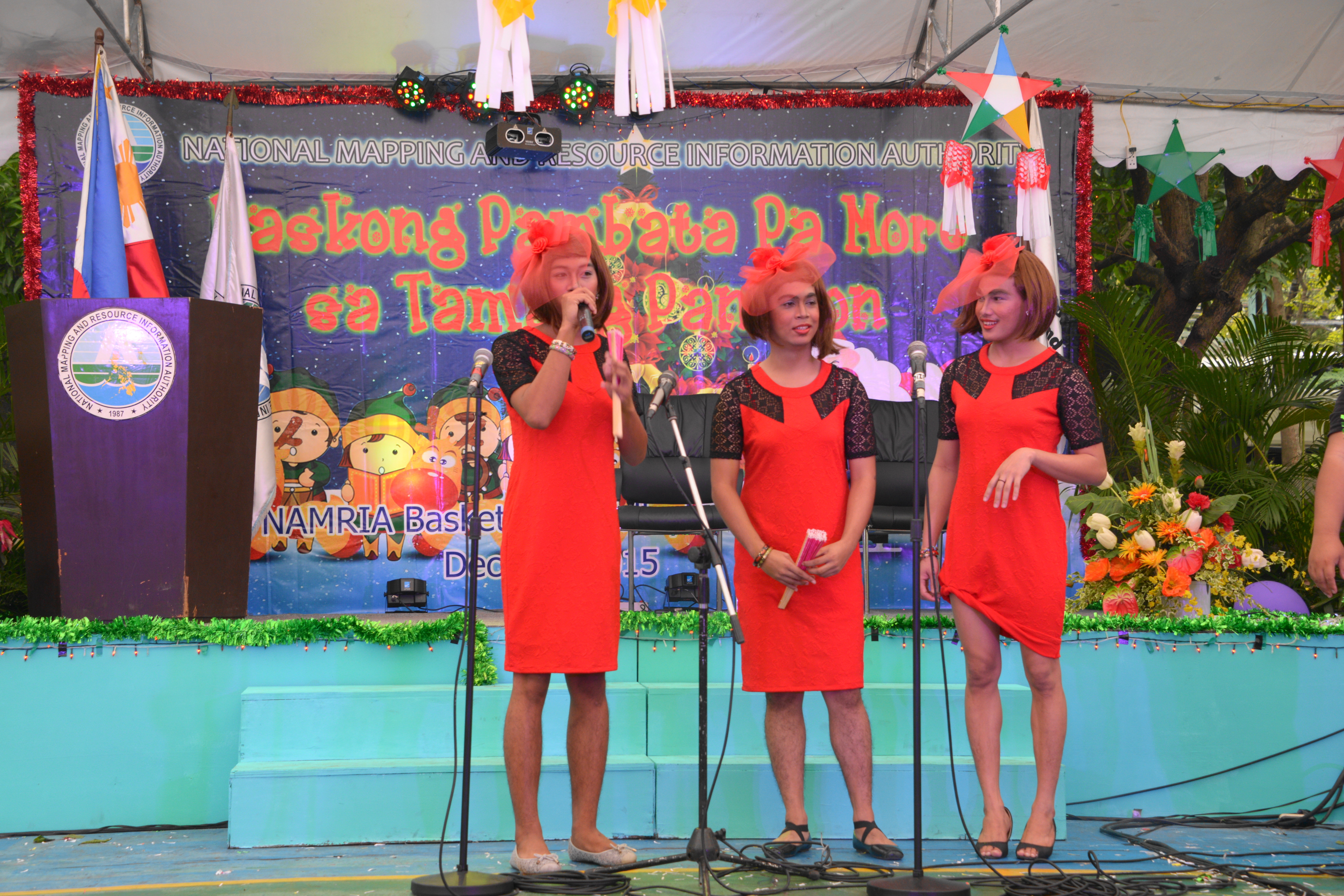