Dr. Peter N. Tiangco presented the draft Strategic Framework on Geospatial Information and Services for Disasters 2016-2030 at the Sixth Session of the Committee of Experts on UN-Global Geospatial Information Management (GGIM) in the UN Headquarters in New York City on August 04, 2016.  This plenary activity took place after he co-chaired a side meeting of the Working Group with Jamaica’s Rohan Richards three days earlier (see previous article dated 03 Aug 2016).  Mr. Richards presented the Fact Finding Study and Review of Framework, Rules, Legislation and Policies on Geospatial Information and Services for Disasters.  The session was chaired by Mr. Rolando Ocampo of Mexico and the proceedings was summarized by UN-GGIM Secretariat Greg Scott.  Also present during the session were Deputy Permanent Representative of the Philippine Mission to the United Nations Ms. Irene Susan Natividad and Attaché Elaine Lorenzo. 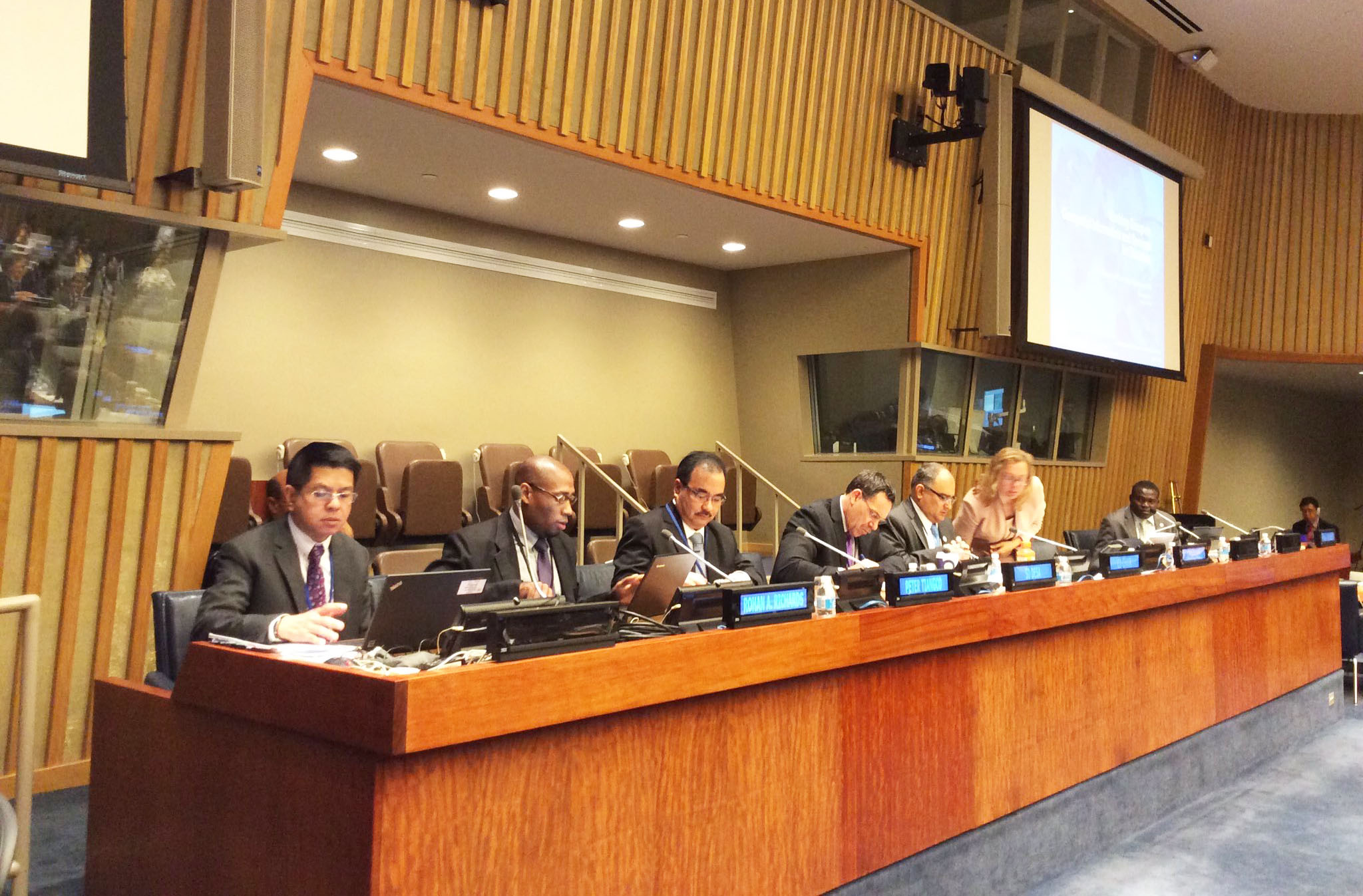 Dr. Peter Tiangco (3rd from Left) with, L-R, DA Efren Carandang, Co-chair Rohan Richards, Greg Scott and Roland Ocampo
The Philippines and Jamaica shares the lead for the Working Group on Geospatial Information and Services for Disasters that was established during the Fifth Session of the UN-GGIM in August 2015.  The strategic framework is defined asUN-GGIM’s guiding policy document that brings all stakeholders and partners involved in Disaster Risk Reduction and Management (DRRM) together to ensure that the necessary quality geospatial information and services are available and accessible in a coordinated way to decision-making and operations before, during and after disasters. 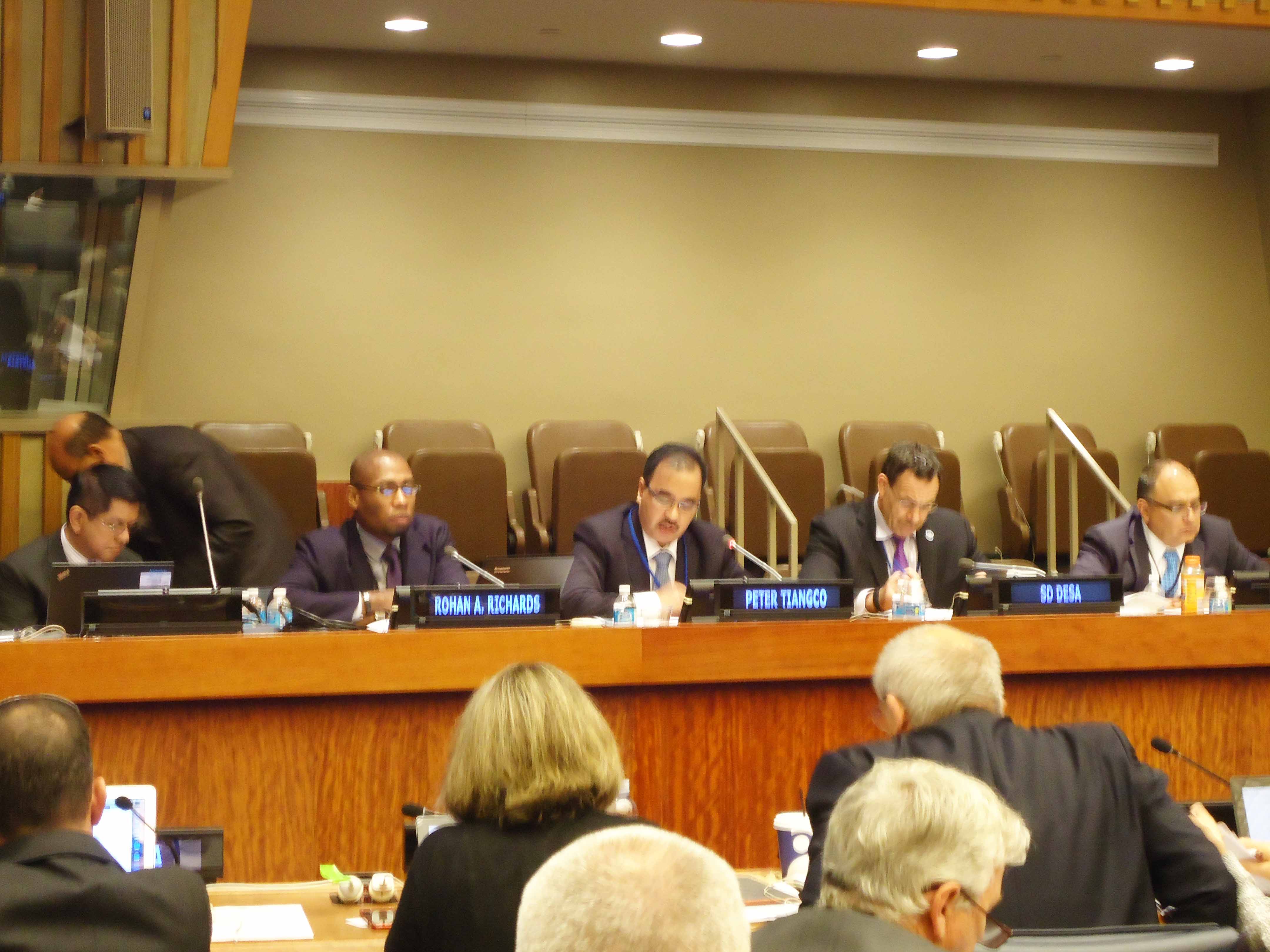 Dr. Peter Tiangco, center, presents the Strategic Framework at the plenary
The strategic framework gathered favorable interventions or statements of support from 23 Member States and 4 international organizations.  For its next steps, the working group will present the report in the forthcoming International Forum on Geospatial Information and Services for Disasters in Bridgetown, Barbados in September 2016.  It will also be reported in the 5thUN-GGIM: Asia Pacific Plenary Meeting in Kuala Lumpur, Malaysia in October 2016 and in Kunming China in early 2017.