Department of Environment and Natural Resources (DENR) Secretary Maria Antonia Yulo Loyzaga visited the NAMRIA Main Office in Fort Bonifacio, Taguig City on 27 July 2022. The visit is part of the series of meetings organized by the DENR to orient the new leadership of the accomplishments and priority programs and projects of the department. NAMRIA is one of the six attached agencies of the DENR responsible for providing the public with map-making services.
A briefing session on NAMRIA’s Transition Report to the DENR was conducted during Secretary Yulo Loyzaga’s visit. The following DENR officials were present in the session: Atty. Analiza Rebuelta-Teh, Undersecretary for Finance, Information Systems, and Climate Change; Atty. Jonas R. Leones, Undersecretary for Policy, Planning, and International Affairs; Atty. Juan Miguel T. Cuna, Undersecretary for Field Operations – Luzon, Visayas, and Environment; Mr. Joselin Marcus E. Fragada, Undersecretary for Field Operations – Mindanao; Ms. Nonita Caguioa, Assistant Secretary for Finance, Information Systems, and Mining Concerns; Atty. Ricky A. Arzadon, Director III/Chief of Staff of the Office of the Undersecretary for Field Operations and Environment; Dir. Maria Elena A. Morallos-Manila, Knowledge and Information System Service; Major General Augusto D. Dela Peña, Office of the Secretary; Prof. Carlos Primo C. David, PhD, Office of the Secretary; Mr. Joaquin Y. Loyzaga, Office of the Secretary; and Atty. Angela Consuelo S. Ibay, Head of the Climate Change and Energy Programme of the World Wide Fund for Nature- Philippines. They were joined by the agency officials led by NAMRIA Administrator, Usec. Peter N. Tiangco, PhD; Deputy Administrator Efren P. Carandang; Deputy Administrator John SF. Fabic; and the Directors and Assistant Directors from all of the five branches. “The country’s central mapping agency is thrilled to have such a profound and established personality as our leader,” Administrator Tiangco said and he congratulated and welcomed Secretary Yulo Loyzaga into the DENR Family. He also affirmed the agency’s support to the priority programs of the DENR, particularly on natural resource and hazard mapping.
In her message, Secretary Yulo Loyzaga noted that she continues to hold NAMRIA in high esteem, and expressed the hope for the agency’s more active collaboration with the DENR in the coming years. “There is room for closer collaboration especially in establishing the national geospatial database for natural resources in the country,” she added and she proposed an appraisal of natural resource conditions and trends through a National Resource Inventory.
The messages were followed by an agency presentation by Administrator Tiangco and an orientation on the DENR Control Map by Director Morallos-Manila. As a way forward, Secretary Yulo Loyzaga recommended stronger linkages between DENR, through the Knowledge and Information System Service, and NAMRIA. She also suggested establishing partnerships with State Universities and Colleges and Local Government Units for augmenting capacities and enabling knowledge and technology exchange.
Secretary Yulo Loyzaga has a vast experience in working in the academia and international organizations on various initiatives on climate change and disaster resiliency. Prior to DENR, she was the chairperson of the International Advisory Board and executive director of the Manila Observatory. She also served as the technical adviser of the Philippine Disaster Resilience Foundation and was a former president of the National Resilience Council. 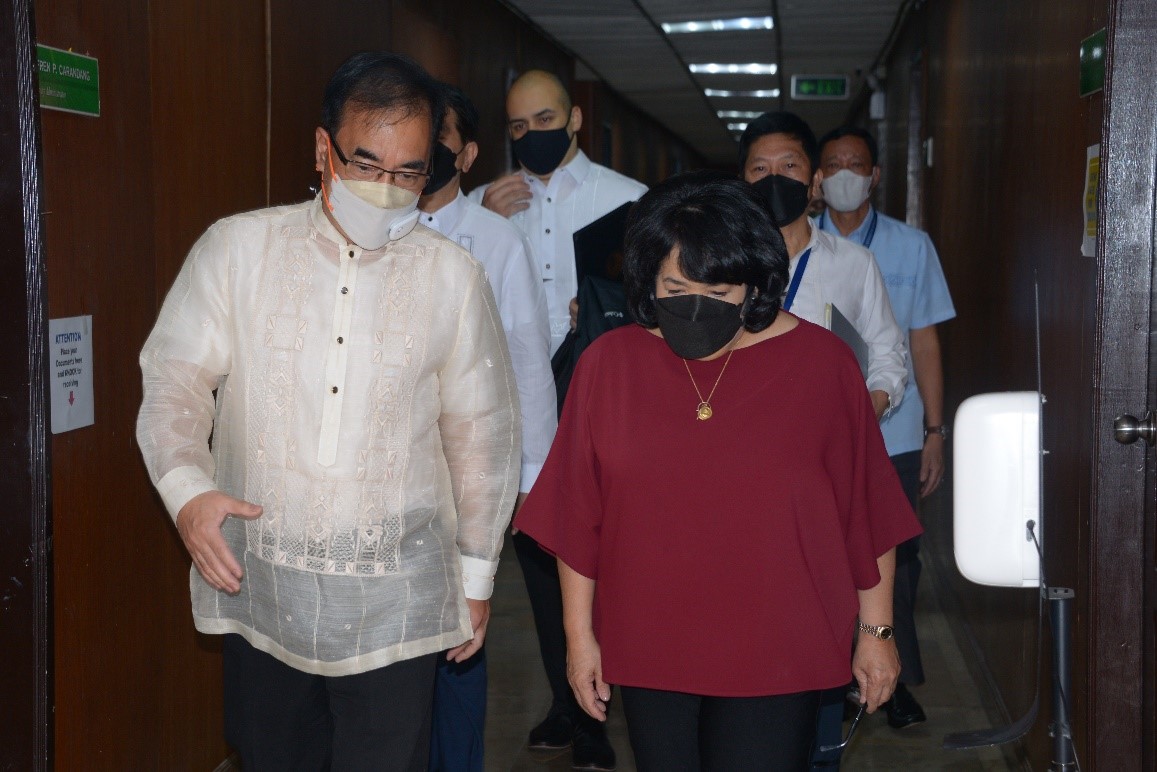 Secretary Yulo Loyzaga walks alongside Administrator Tiangco as they make their way to the venue for the briefing session.
-- VENER QUINTIN C. TAGUBA, JR. 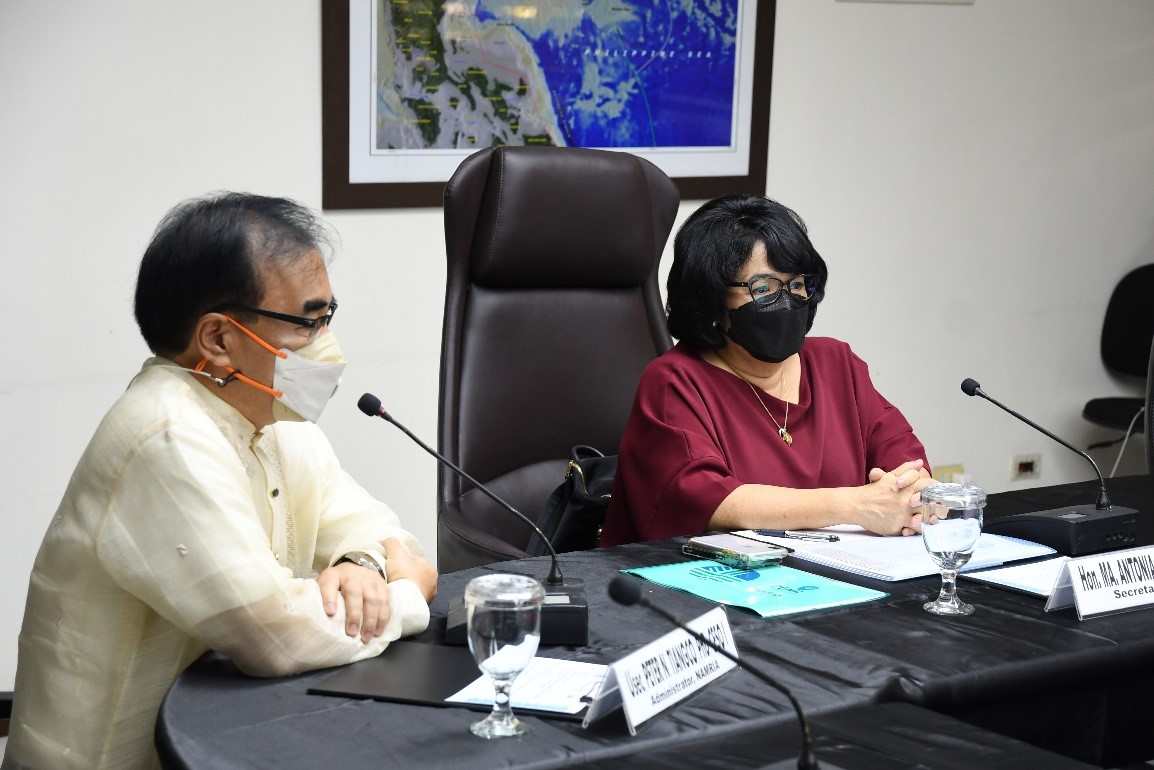 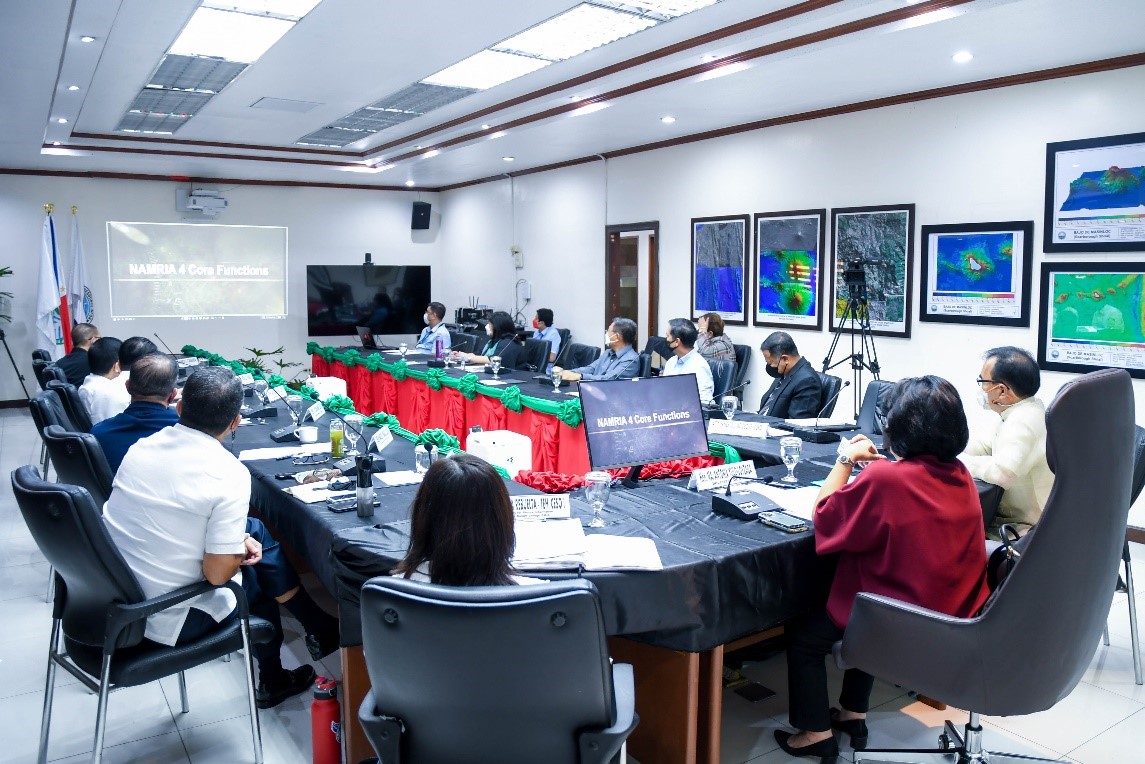 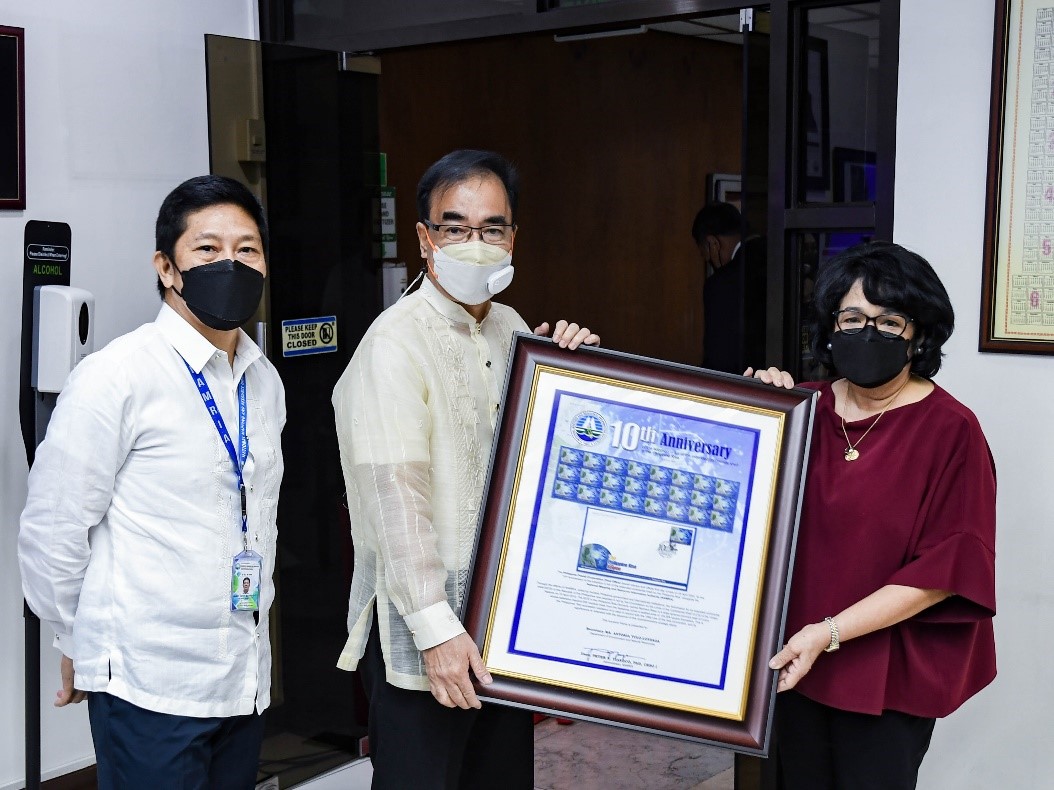 Administrator Tiangco, together with DA Fabic, hands over the 10th Anniversary of the Philippine Rise stamp presentation frame to Secretary Yulo Loyzaga as NAMRIA’s token of appreciation. -- ERWIN D. FAMATIGA