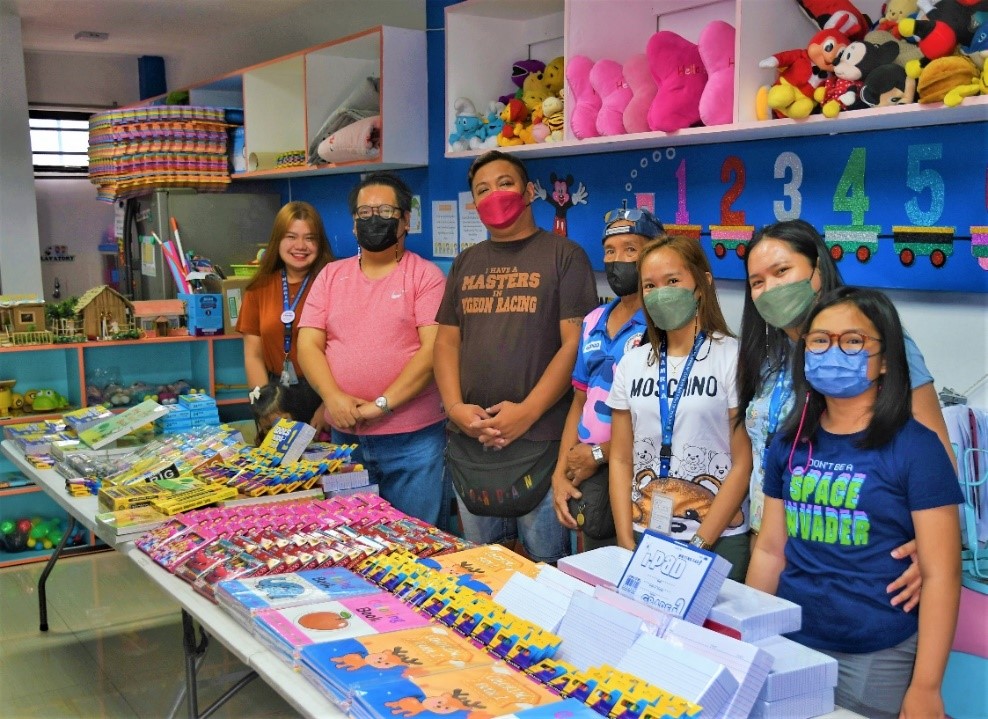 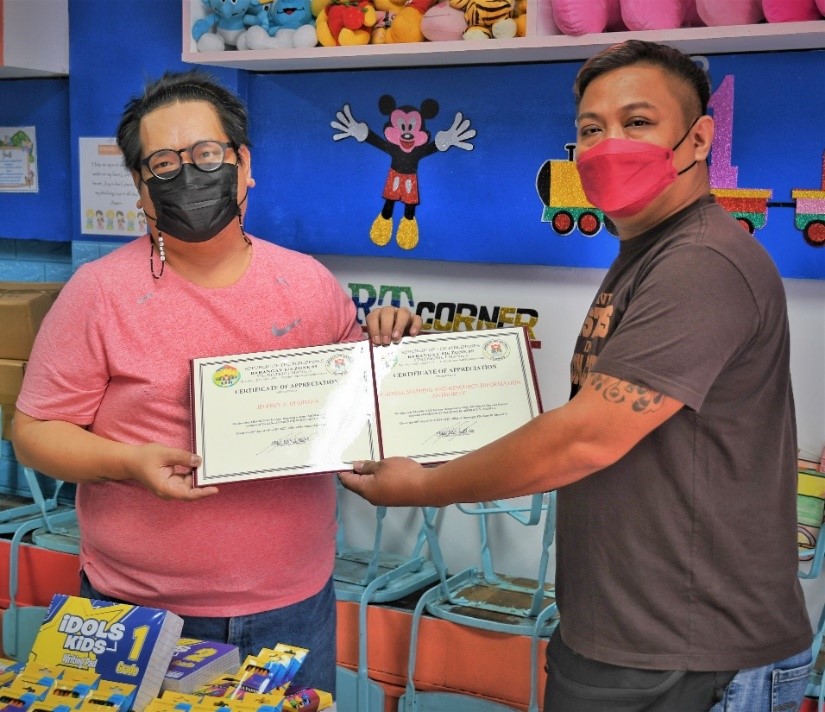 PB Blas and this writer are shown with the awarded certificates of appreciation. -- ERWIN D. FAMATIGA 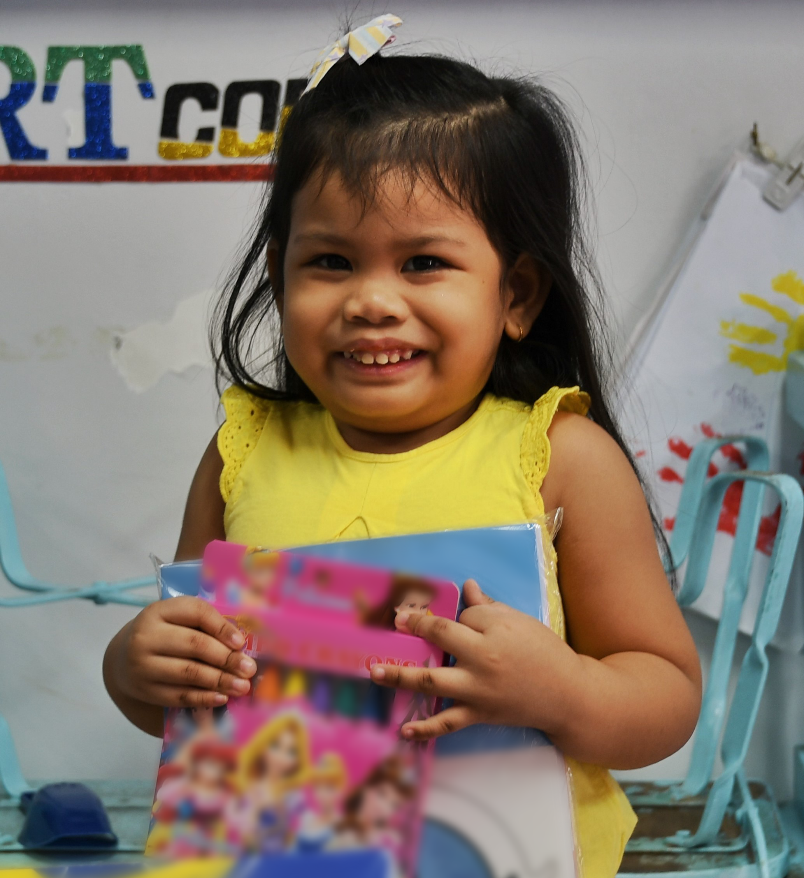 One of the incoming nursery pupils of Barangay 826 Daycare with her new coloring books and crayons -- ERWIN D. FAMATIGA