The Information, Education, and Communication (IEC) campaign on the Modernization of the Philippine Geodetic Reference System (PGRS) held its third event at the Ridgewood Hotel, Baguio City on 16 May 2018.
The campaign is being conducted in the different regions nationwide to raise awareness on the program’s goal to develop and provide access to an authoritative geodetic system aligned with a global geodetic reference frame.  This will serve as the common reference system for all surveying and mapping activities in the country.  The IEC program was launched for the National Capital Region in Makati City while the first regional IEC event was held in Bauang, La Union in May and September 2017. 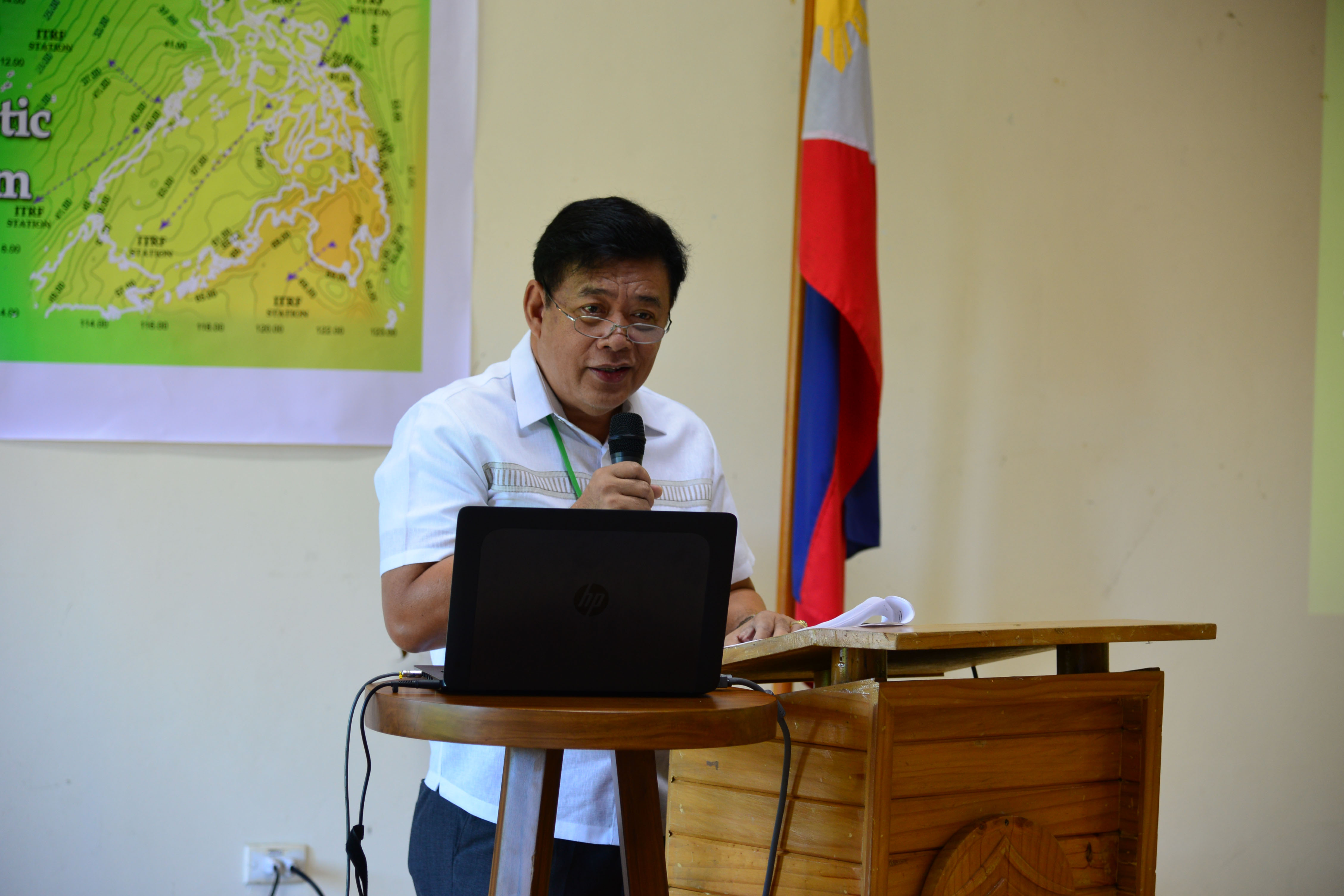 In his welcome remarks, Mapping and Geodesy Branch (MGB) Dir. Ruel DM. Belen cited the importance of such modernization in the field of surveying. He also outlined a brief history of NAMRIA and its accomplishments in geodetic surveys. 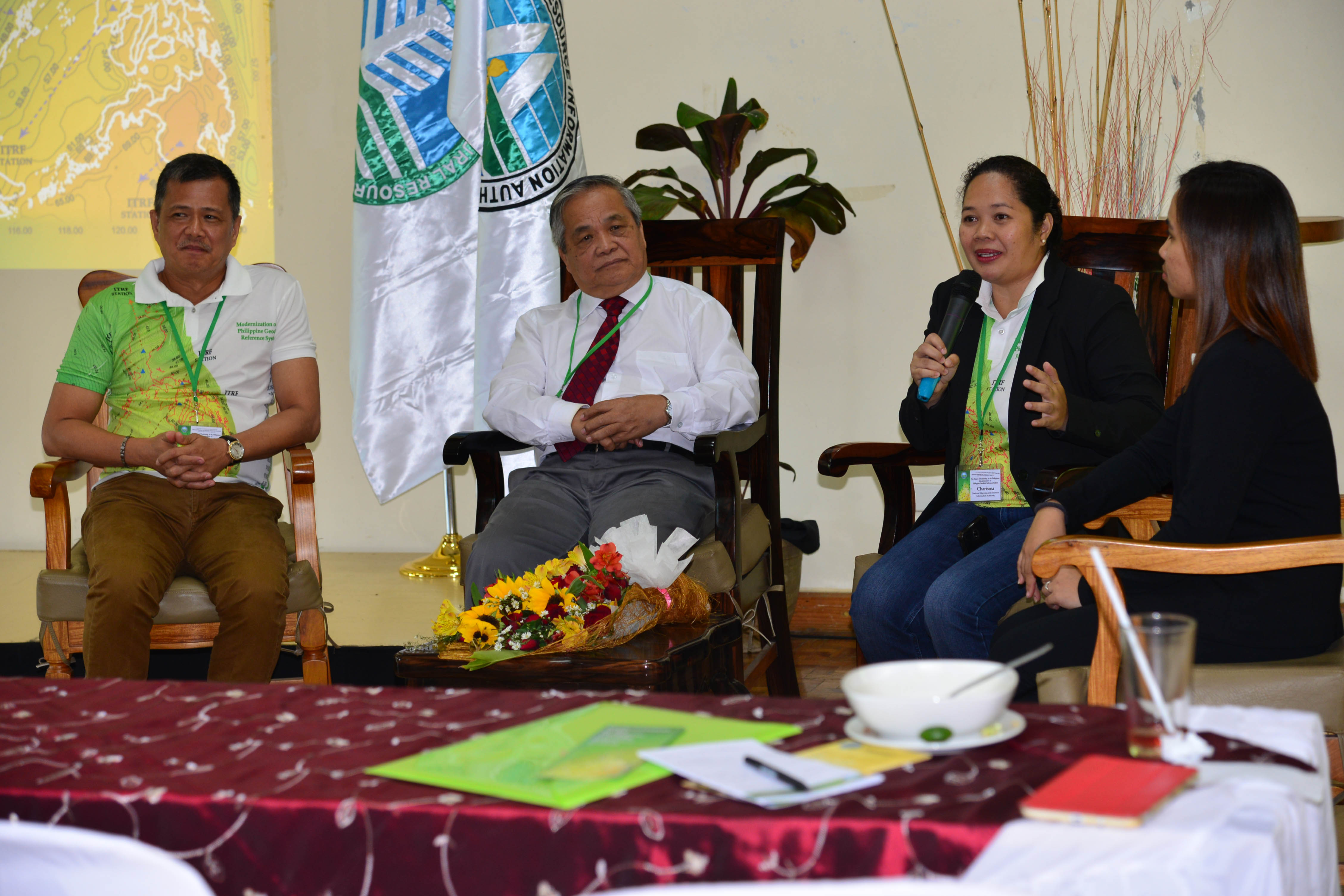 (from left to right) Engineers Gatchalian, Lopez, Cayapan (shown here fielding a question), and
Sampana answer questions during the open forum.
The topics discussed were Migration to Geocentric Datum by Engr. Epifanio D. Lopez; Modernization of the Philippine Geodetic Reference System: Strategic Plan, Benefits and Status of Modernization by Engr. Ronaldo C. Gatchalian, Engr. Aila Leana T. Sampana, and Engr. Charisma Victoria D. Cayapan;Implications of Modernization: Cadastre by Engr. Lensy F. Bunuen; Implications of Modernization: DENR CAR Operations by Engr. Benjamin A. Ventura; Research and Development in Support of the PGRS Modernization by Prof. Louie P. Balicanta; and The Philippine Active Geodetic Network (PAGeNet) Products and Services by Engr. Ma. Almalyn A. Balladares.  Meanwhile, a PAGeNet demonstration was done showing its importance to PGRS and how it can be accessed by the users.   An open forum followed to solicit comments, suggestions, and clarifications from the participants about PGRS. MGB Asst. Dir. Ofelia T. Castro gave the closing remarks and thanked the participants from the Cordillera Administrative Region; Department of Public Works and Highways; DENR; local government units of Baguio, Kalinga, Tabuk, Apayao and Benguet; academe; private sector; and the Geodetic Engineers of the Philippines.  On behalf of Administrator Peter N. Tiangco, she also gave NAMRIA’s commitment to the public and private sector in sharing the knowledge and technology for the development of mapping and surveying in the Philippines. The participants, resource speakers, and organizers of the event pose for a group picture.